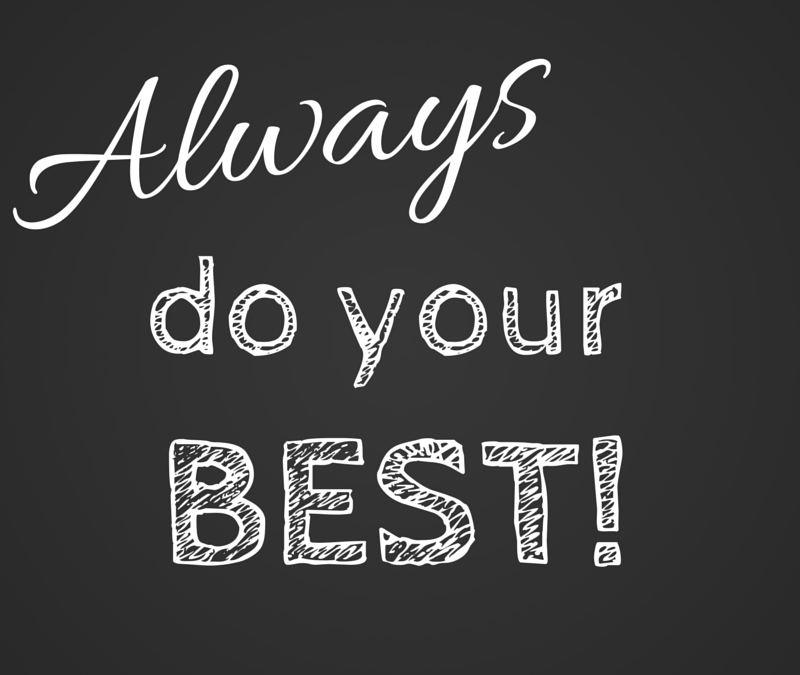 Many of you may have seen an article about fitness trainer/blogger Sophie Kay and her three minute before and after fitness photos. As Ms. Kay says in her blog, ‘don’t trust what you see’!

The actual blog post that contained these shocking photos had several other debunked fitness myths that are right up our alley, one of which I blogged about yesterday.

This lady’s philosophies are on fleek as my kiddos say 🙂

Fitness should be fun – and REAL – Real Fun?

Don’t let anyone trick you or guilt you.

Just keep doing your best and… 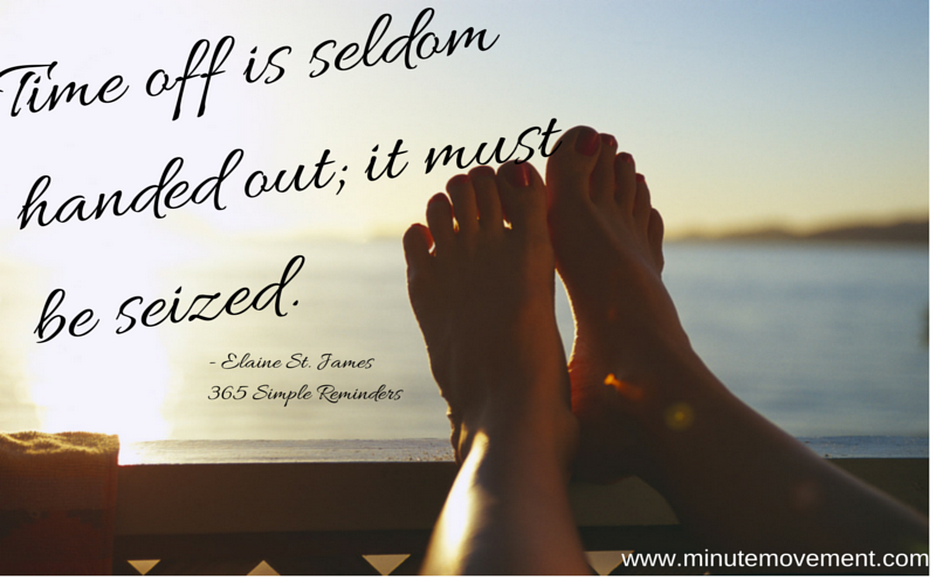 Last week Coach Wright and I took our little family on a road trip, mostly to tour a couple of schools that our oldest is interested in (gasp – I can’t believe he’ll be off to college next fall).

Despite being on a fabulous fitness and nutrition streak prior to our departure, those nine days were a vacation from EVERYTHING. Other than setting up posts to ensure that our followers wouldn’t feel like they were being neglected, we almost completely unplugged and let the vacation vibe take over.

But hours in the car, no kitchen, and late nights driving or bingeing on the Food network (my poor cable impaired foodies love those shows) means that our fitness, nutrition, and sleep were horribly neglected. Fortunately campus tours and sightseeing DID allow us to ‘get our steps’ (and then some) several days but at one point Aaron mentioned our bad choices and this is what we came up with.

We rarely take time off to travel and we make mostly good health choices during the course of our regular lives so this one week out of probably 100 (we hardly ever travel) really isn’t going to impact our health all that much.

So we enjoyed ourselves and each other. We completely relaxed and de-stressed.

And it was GREAT.

Lots of fitness programs can leave you feeling like you have to be super-human and perfect in order to be healthy. The reality is that doing your best, most of the time is probably sufficient – maybe not to win a triathlon or to compete in a bodybuilding competition – but it’s certainly enough to help you look and feel good. And that’s all most of us are looking for.

Now I need to make a grocery store run before I resort to a mustard sandwich for dinner tonight!

So, take a break if you need to and then jump back in to 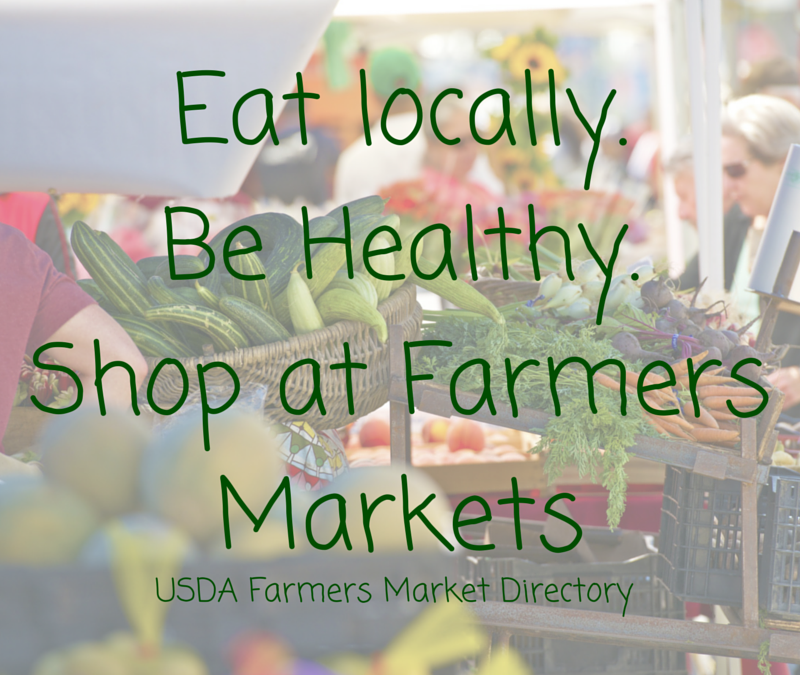 A great place to find organic – and AWESOME – produce is your local farmer’s market. Besides the fantastic and seasonal  food; farmers markets are a great place to meet local farmers, experience live entertainment, and people watch (if you’re into that kind of thing).  A bonus of farmers marketing is that you’re more likely to find organic produce – but it’s still a good idea to check with the vendor at each booth to make sure that’s what you’re getting.

You can search for the farmers markets nearest you on the USDA Farmers Market Directory website where you will also find important information about vendor types and payment options.  Check it out today and take the family on a little adventure this weekend! 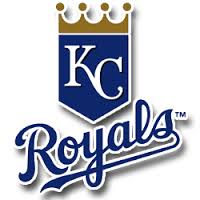 Since Minute Movement headquarters is in Kansas City (and many of our early members are also from Kansas City) I thought we’d go with a Royals / World Series related post today.

With five games scheduled for the next week, I anticipate that a lot of Minute Movers will be sitting around – a lot! Sitting isn’t only bad for you during work hours, it’s always a good idea to move around a little bit.

I found this drinking game (stay with me here) highlighting the World Series and it looks like fun. But,since we’re a health program – instead of drinking every time (for example) Lorde’s “Royals” is mentioned / played during the telecast, we’d like for you to do your favorite Minute Movement exercise for 15 seconds. And when the game recommends that you ‘shotgun a whole beer’, do an entire (one minute) Minute Movement. 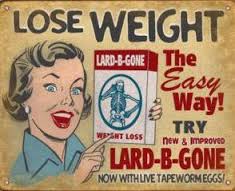 I ran across this list (below) the other day and it made me laugh. We humans really are strange creatures; sometimes we will resort to absolutely insane levels in order to avoid hard work. We all know that the best way to lose weight is to make better food choices and move more and I would highly doubt that this is new information. Yet many of us would rather resort to stinky breath and starvation just in case THIS is the ‘diet’ that holds the key to the eternal perfect body – seriously people SWALLOWED TAPEWORMS! Check these out…

The Fletcherism diet is defined as “the practice of eating small amounts and only when hungry,” according to Merriam-Webster.com. It also refers to the act of thoroughly chewing one’s food. The diet was made popular by a San Francisco art dealer, Horace Fletcher, who was known for chewing each mouthful of food 32 times or until is liquefied.

Ok, obviously we should eat small amounts and only when hungry. THAT part I have no problem with; but chewing my food until it’s liquefied – ugh no thanks!

The Sleeping Beauty diet was a method reportedly used by Elvis Presley. People who followed the diet went under heavy sedation so they could sleep off the pounds.

The cabbage soup diet is just that, eating nothing but cabbage soup for a week straight. The diet boasts fast results, but critics say the soup alone doesn’t have enough nutrients to ensure the body can properly function.

I don’t think I’ve tried this ‘diet’ myself but I’m pretty sure that my mom did back in the 80’s. Tell you what – cabbage smells awful. Next

Bringing it back to the days of the Bible, the Hallelujah diet entails people eating the “garden foods God instructs man to eat,” including mostly raw, plant-based foods, according to WebMD.com.

Frankly, this sounds kind of right on track (unless, like me, you can’t stand the idea of NEVER EATING ANOTHER STEAK AGAIN nope, sorry). I’ve never heard it called the ‘Hallelujah’ diet though around here they call it the ‘Daniel Diet’

Popular in the early 20th century, the tapeworm diet involved its participants ingesting the parasite, which was usually sold in pill-form, in the hopes of losing a lot of weight very quickly.

Sorry, nope, I can’t even address this one – well except for sharing the awesome advertisement (above) for ‘Lard-B-Gone * Now with live tapeworm eggs!*

One of the first well-known diet methods was this one, made popular in 1820 by Lord Byron. The diet consists of drinking water mixed with apple cider vinegar.

Now, I know a lot of people swear by apple cider vinegar mixed with water to assist with weight loss so unless this was ALL Lord Byron was ingesting I’d say this one might not be such a bad idea.

Also known as the cigarette diet, this one became popular in the middle of the 20th century, when cigarette companies began promoting cigarettes as a tool for weight loss.

Oh, you’ll lose weight all right; illness and death will do that to ya. (if any of my readers are smokers; I know it’s hard but please stop – we love you too much to pretend like it’s not bad for you)

The idea behind the grapefruit diet is that by eating the fruit before every meal it helps a person burn fat and lose weight faster. However, according to WebMD.com, grapefruit doesn’t actually burn fat.

Created by author Stanley Burroughs and made popular in the 1940s, the master cleanse is where a person doesn’t eat any food and only consumes a liquid mixture of cayenne pepper, fresh-squeezed lemon juice, maple syrup and water.

Okay I admit, I did this one and I DID lose weight – until my daughter brought a friend over the next week and we made cookies together. Then it was a free for all and I gained back MORE. Plus, I slept ALL OF THE TIME while I was starving myself.

Now I want to hear from you. Go to the comments (below or on our Facebook page) and tell us about the crazy diets that you have tried.