Are Selfies Hazardous to My Health? 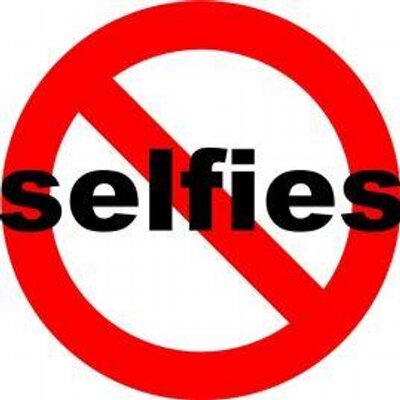 I’m willing to bet that just about everyone knows at least one person who constantly posts photos of  their meals, weight loss progress, and let’s don’t forget those check-in’s at the gym. You might just ignore those people after awhile but according to this article in The Herald (Scotland), sharing photos of our food and weight loss can become extreme – and extremely dangerous.

Apparently there are people with disordered eating who have created websites dedicated to ‘thinspiration’ – typically supporting the lifestyle of disordered eating,  often in order to track their own ‘progress’ as did Miss Holly Temple in Working, Surrey who felt  ‘It was just very important to me to document my weight loss – and ensure I wasn’t putting on any weight’. Miss Temple started a blog, which she used as a diary and as motivation to lose weight, which she certainly did – she weighed as little as six stone (84 pounds) before she started recovering from her disease.  Unfortunately other people find these websites and are encouraged in their disordered eating as well.

Now, as the mother of two teenagers, this concerns me and I am committed to being aware of the warning signs of disordered eating in my children and their friends (both male and female). But I think that I also have to consider the dangers of such attitudes seeping into my own life. I’ve said before and I’m sure I’ll say again (and again) that Minute Movement encourages healthy, sustainable choices NOT drastic dieting but I won’t pretend that the message that my worth is directly reflected in the number on my bathroom scales doesn’t seep into my own thinking from time to time.

The article in The Herald states that eating disorder treatment is rising in the UK and not just with the teenagers. One treatment center for eating disorders reported ‘a 15 per cent rise in adult patients admitted with eating disorders over the last year,’ and while ‘most patients were aged 18 to 25 the largest increase was among adults aged between 36 and 45, with admissions in this age group almost doubling’ possibly more alarming is that they ‘admitted 139 children and young people between the ages of 11 and 17 last year for treatment, up from 87 in 2013’.

Take a minute to think about those numbers the next time you see those selfies your ‘perfect’ friend posts (or before you do so yourself). Maybe you don’t have an eating disorder (I sure hope you don’t) but you may want to consider the message that you could be spreading to others who might be on shaky ground.

Signs of disordered eating that can seem innocent include:

If you or someone you know has an eating disorder, please get help. There are resources here.