Are you strong enough? 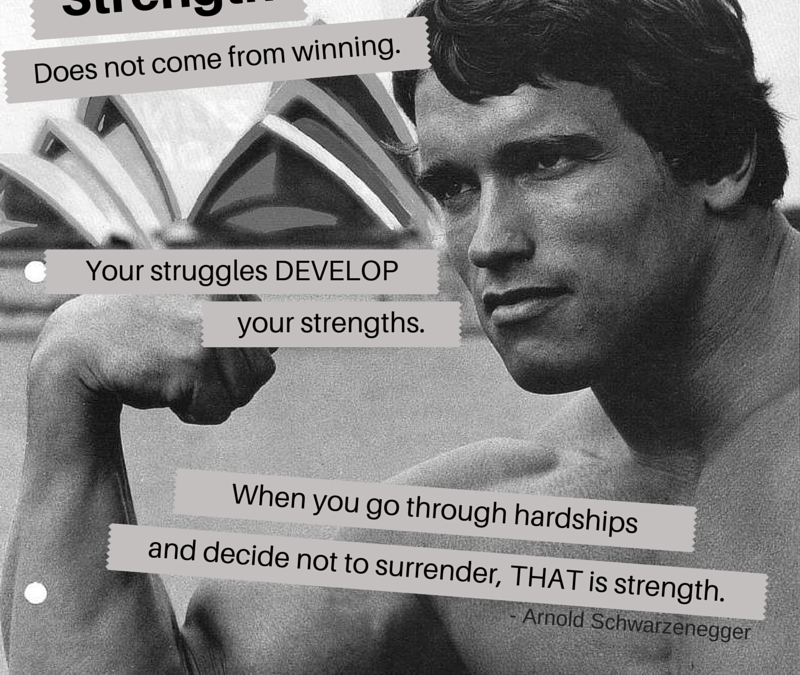 It’s easy to look at the people whom we deem ‘successful’ and assume that they are better than us in some way.

They had a better upbringing, their school was superior, they were blessed with perfect genes – or good hair. Maybe those people really do have some natural advantage. I know that I could never be a brain surgeon, I don’t have the aptitude for a variety of reasons (I’m squeamish). But it’s really what these people have done with their natural gifts that gets our attention.

Today’s quote is from Arnold Schwarzenegger; an immigrant born to a working class family in Austria. He chose to follow his heart and pursue a career in bodybuilding despite lack of support from his parents. Despite these odds, Mr. Schwarzenegger made quite a career for himself- he has won several bodybuilding awards,  written books and articles about bodybuilding, owned gyms, become a Hollywood film icon, and two time Governor of California. Those things didn’t just happen for him. Maybe Mr. Schwarzenegger would have been an amazing person without working his butt off every single day but I highly doubt it. He developed his strength (literally and probably figuratively as well) through hard work and perseverance.